Sign up for our newsletter | Application and consulting our catalog

Great classic of traditional french flooring, once reserved for mansions and Haussmann apartments, Emois & Bois make to measure hungarian point parquet. All our points of Hungary can be made in the finishes of the collection “Couleurs du Temps”.

Parquet point of Hungary , or ” herringbone ” is a laying parquet pattern. The blades of equal length , are arranged to miter , whose angle varies from 40 to 55 °.

Available in solid or laminated parquet 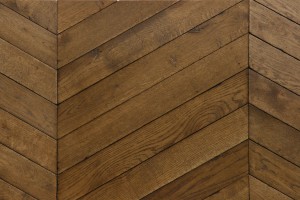 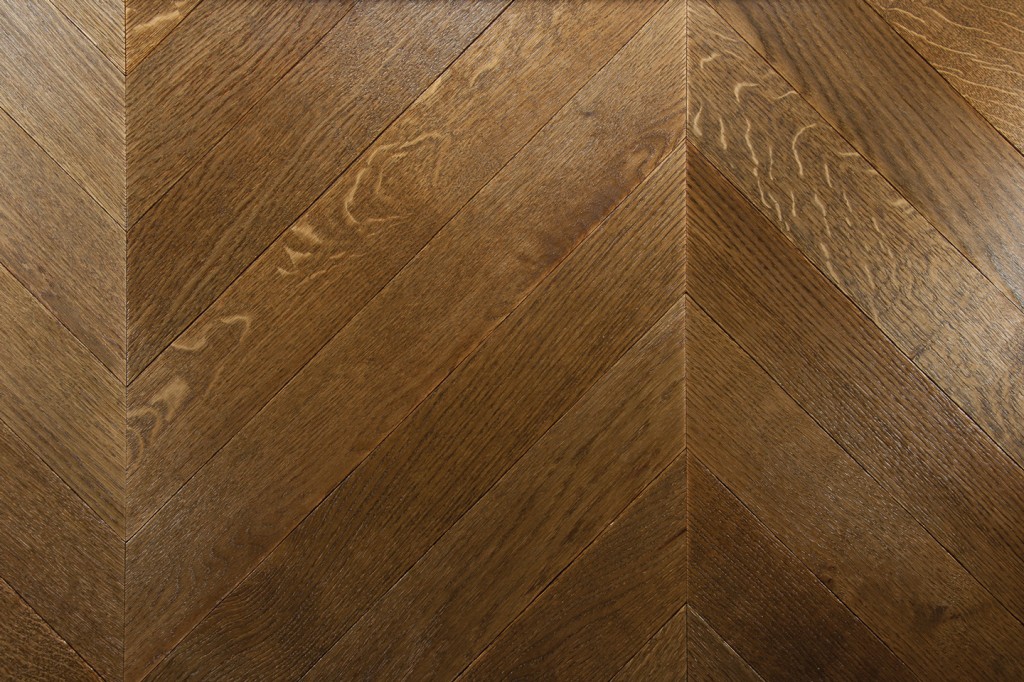 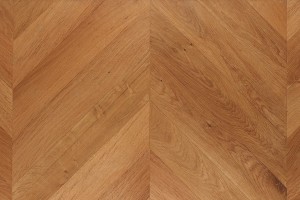 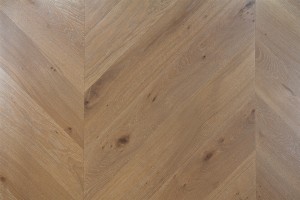 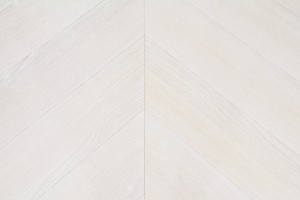 Willing to respect the establishment in the rules of art, « Emois et Bois » proposes to manufacture your parquet custom desultory in our workshops of Sevres.

For your hungarian point parquet is adapted to the room where it will be installed, one proceeds to the pattern layout, it calculates the dimensions of the blades so that the span width is a multiple of the width of the room.

Both parameters vary the width of the span :

By varying the angle between the blades, without changing the size, adjust the width of the span. The wider the angle is closed, over the span is narrow , conversely it is more open and the span is large .

The implementation according to the parts determine the size of the parquet, to avoid false cuts along walls often unsightly and favoring closures bay full or half-span, with the possibility of a strapping device (frieze) in straight blades.

If chance would have it, the herringbone parquet flooring of standard sizes can be perfectly adapted to the dimensions of the room without false cuts. 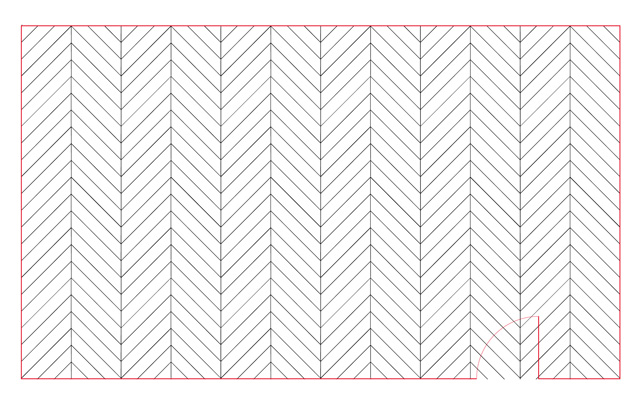 Hungarian point parquet flooring in a room with asymmetrical dimensions

The point of Hungary is installed regardless of room size . Neither the angle nor the dimensions of the blades have been adapted. False cuts, unsightly, are present at the periphery . This is a scenario to be avoided. 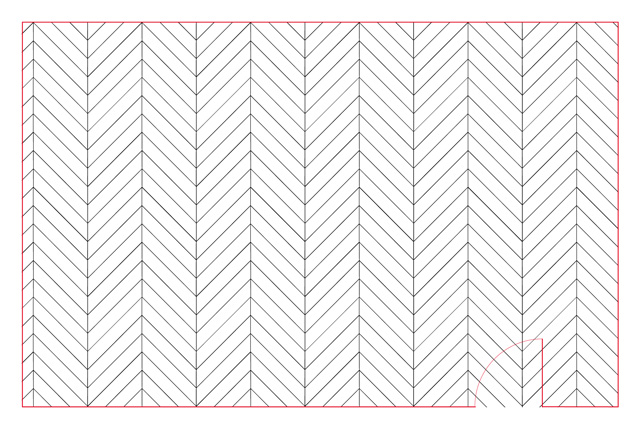 Hungarian point parquet with a frieze

In the case of a Hungarian point to spans dimensions and angles defined a peripheral frieze will prevent false cuts. 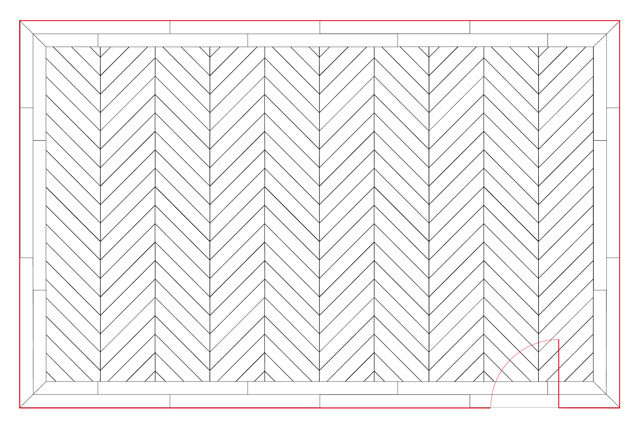 Hungarian point parquet in a room with asymmetrical dimensions

When the walls of a room are not perpendicular , which is common , installing a frieze periphery will correct this defect. 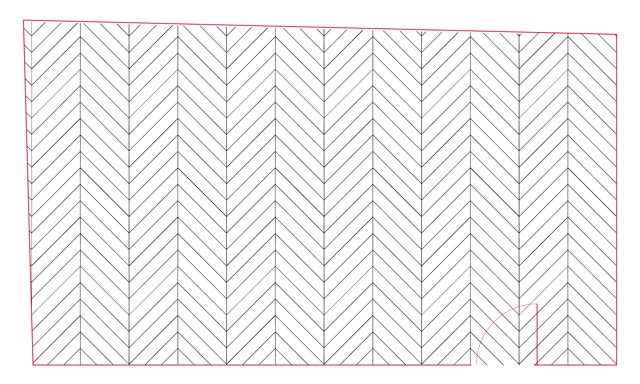 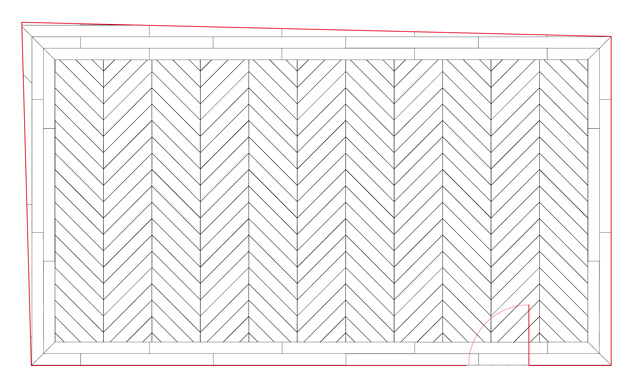 The framing of the fireplace is an important element : 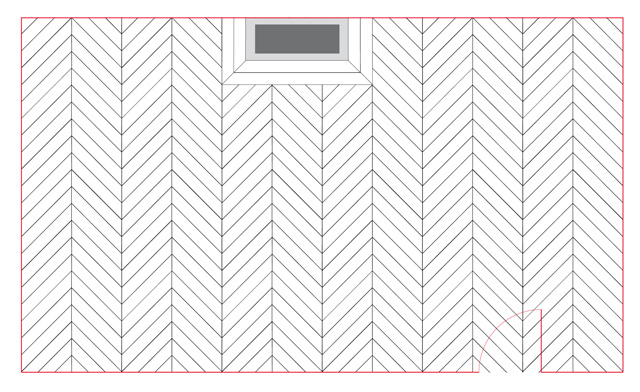 « Emois et Bois » advises you to ensure the orientation of the bays; spans facing up to the light wooden floors to give fairly homogeneous tones. In contrast, if the floor is oriented perpendicular to the light of day, there will be a strong contrast, a light-dark print between blades parquet left hand and right hand blades parquet.

Unlike other poses patterns, parquet point of Hungary can be divided into many variations. Large widths and lengths, Fern or Basketry , but also reversed in the same space or during a transition from one room to another , Point Hungary lends itself to various inlays : cabochon, rose , patterns during ‘ a wall recess or doorway , etc.

An alternative of hungarian point parquet, fern parquet, also known as basket making, is to have a separation between the blade spans. We can also say that this is a scale floors, whose bars are blades point of Hungary. 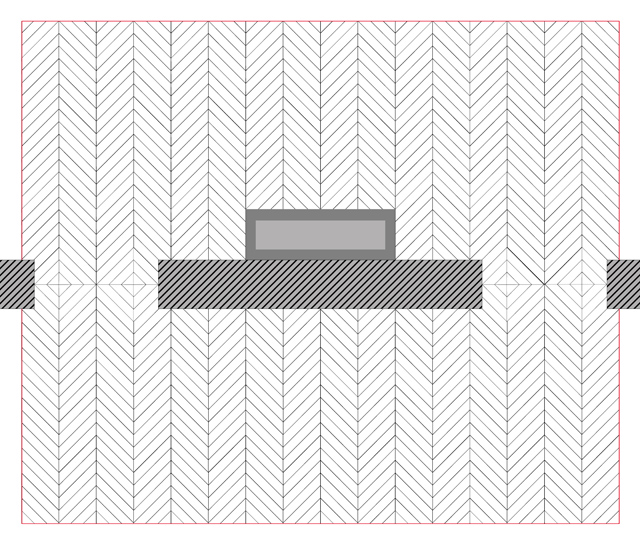 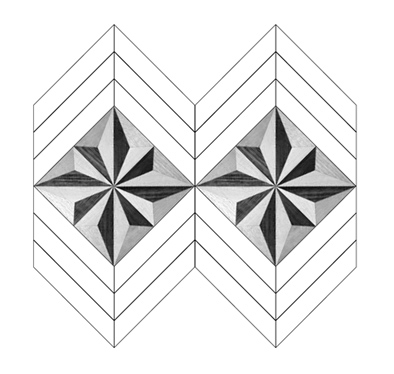 The point of Hungary can be reversed to move from one room to another , the pattern created at the junction can be decorated with a rose.

More widely , the floor point of Hungary industrial, ie with dimensions same standard widths , lengths and angles between blades. Contrary to custom it is rare or impossible not to be faced when laying false cuts the long walls and in addition to poorly proportioned rooms with bay …

However a lower cost can seduce. However the installation will be carried out in the rules of art. Crush Wood has a stock flooring Herringbone oak 15 x 90 x 750 (45 ° ) on which we decline all the finishes of the collection “Couleurs du Temps”.

Mobile version: Enabled
Back to top

Use the search box to find the product you are looking for.

No products in the cart.